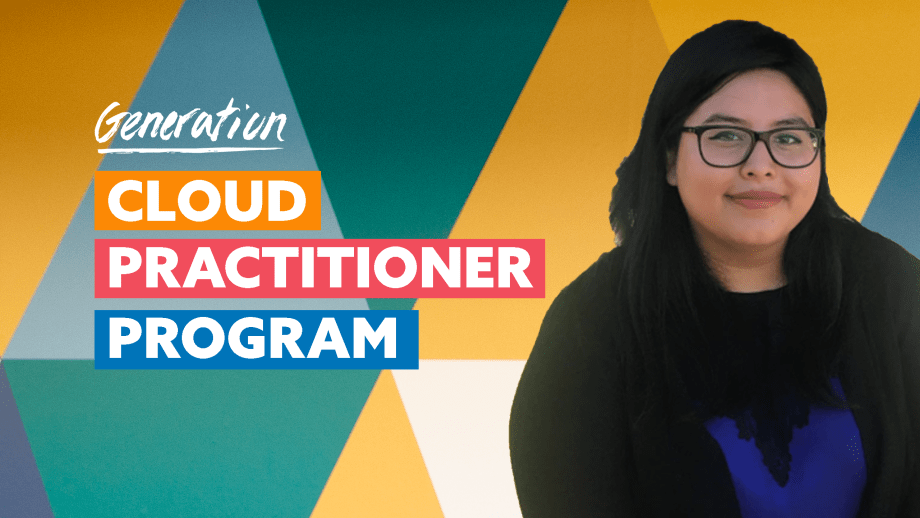 Karen was a 20-year-old high school graduate who worked seasonally as a school photographer. While she enjoyed the photography gigs as a hobby, she craved a full-time career.

Karen was always interested in technology and took computer science coursework while in high school.  When she learned about Generation’s cloud support training in partnership with Dallas College, she thought it could be a great opportunity to continue her learning. Although Karen says she was unsure if she would land a job, she was excited to earn a certification in an in-demand field. So she began 12 weeks of intensive training and worked hard in the classroom. She was pleasantly surprised with her progress in just a few months.

“Generation has opened a lot of doors for me. It opened opportunities for me that I never thought I would have without a degree or spending a bunch of time in school.”

After graduation, Karen attended a Generation career fair event where she impressed the CEO at Zyrka, an IT managed service provider based in Downtown Dallas. After a second interview, Karen was hired as a full-time technical support specialist with a starting salary that was about triple her previous income.

Months later, Karen is still in awe of her journey.

“I’m somewhere where I never thought I would be in one year’s time. Where I see myself right now is where I saw myself in 5 years.”

Zyrka entrusted Karen to begin working with clients immediately and her work ethic caught the attention of the company’s management.  In less than a year’s time, Karen received two raises and a bonus for her hard work.

“They were seeing how I would always take calls and help people.  I would get good reviews from our customers,” she says. “One of my favorite ones is someone saying. ‘Karen is really smart and patient with someone who is a klutz like me in technology.’ Just a little bit of patience with the client can just bring a smile to them and to you.”

Karen takes pride in her work and learns something new each day.

“It’s a great feeling when you’re talking to someone and they feel like you understand them because you’re trying to make things easier for them — especially when you try to explain something in technology. I get to learn a lot every single day,” she says. “You learn from your team and sometimes, you even learn from clients.”

ADVICE ON A CAREER IN TECH

Karen believes the technology sector is filled with opportunities, but worries that some people place limits on themselves because they do not have a college degree.

“Especially in technology —  if you show your projects, if you show what you can do with the little knowledge that you know, people will love to have you on their team. If you can do that by yourself, imagine if somebody was mentoring you.”

She hopes to see other IT beginners follow in her footsteps.

“Go for it! If you like coding, go code! Write small scripts that show someone what you can do. Every little project can show you a lot.”

Generation and the Dallas Community Look Forward to 2019