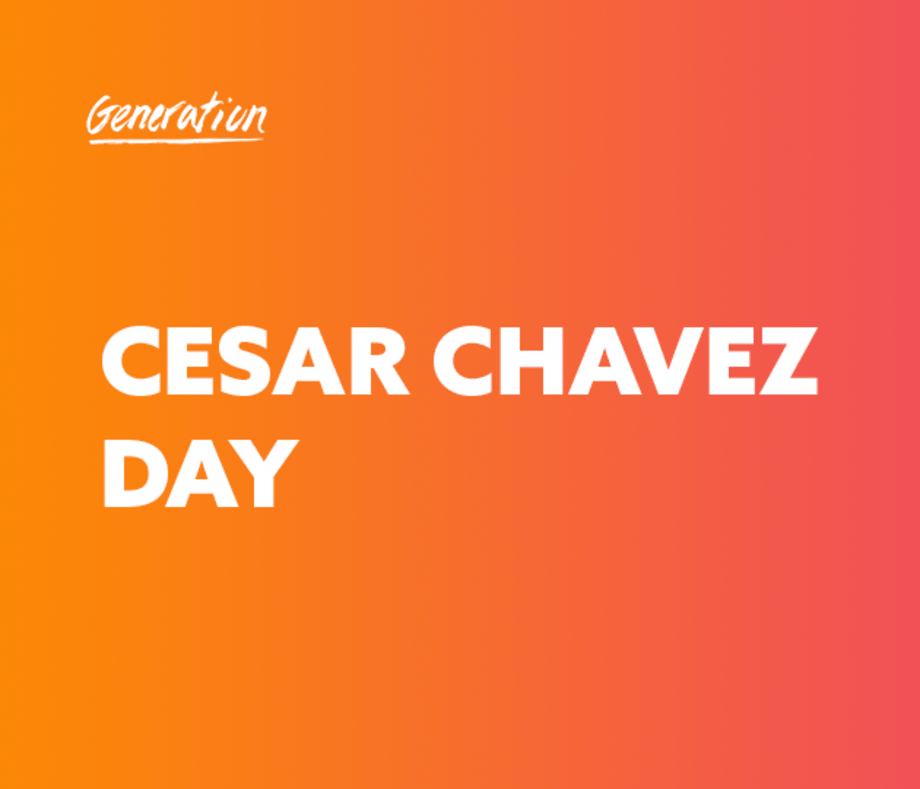 Cesar Chavez Day takes place annually on March 31 to acknowledge American labor leader and political rights activist on his birthday. This day celebrates Chavez’s many contributions to civil rights and his commitment to social justice and human rights, especially as it concerns equity and equality in work for all laborers.

Though Chavez Day is only celebrated in 10 US States, the Mexican-American labor leader dedicated his life’s work to what he describes as la causa (the cause) which was the struggle of farm workers in the United States. Not only was he committed to improving farm workers’ working conditions, but their living conditions as well. To show his solidarity to other farm workers, Chavez quit his day job to start unionizing workers and spent much of this time working alongside farm workers to understand more about their lived experiences and advocate on their behalf.

Chavez not only negotiated equitable contracts for farmers, but he also empowered farmers through providing workshops where he taught community members how to advocate for their rights and hold systems, businesses, and lawmakers accountable Chavez was also . In the 1970’s, Chavez collaborated with the Black Panther Party, to organize one of the largest boycotts as a part of a 5 year strike of a grocery store chain for selling grapes picked by non-union workers. This boycott also centered the impacts of outsourced produce from non-local  farms which impacted the pay and pay parity of local farmers in California.

Chavez died on April 23, 1993 at the age of 66 and the following year received the Presidential Medal of Freedom posthumously from then President Bill Clinton.

Many of you will remember that President Barack Obama borrowed the idea of Chavez’s slogan “Si se puede” to create “Yes we can” during his successful 2008 campaign to become the first African American U.S. president.